The Keepers of the Land 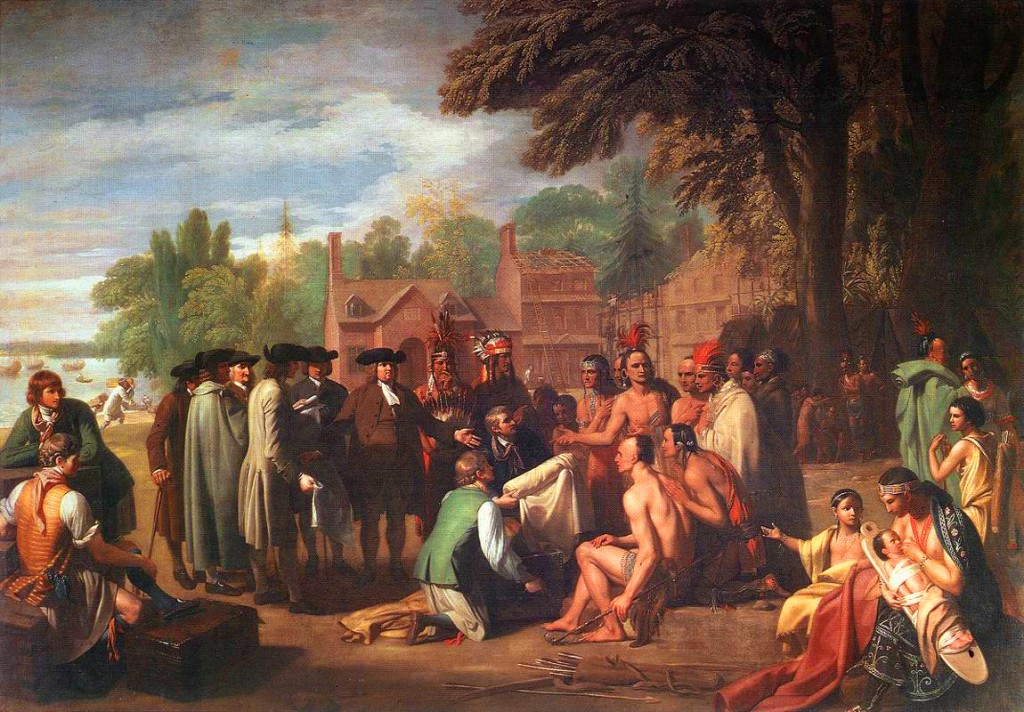 Benjamin West Painting of the Shackamaxon Treaty of 1682

Our ancestors were variously referred to as the “Siconese,” Sewapois,” “Narraticons,” “Cohansies,”  “Bay Indians,” “Kuskarawoaks,” and several other regional names.  In the 16th, 17th and 18th centuries, the Dutch, Swedes, and British all set up colonies in our homeland.

By 1740, masses of our relatives had begun to migrate away, being pushed west and north.  We are the Lenape and Nanticoke people who remained in our ancient homeland, intermarrying between three tribal communities since before the establishment of the United States.  We are those who kept watch over the land of our ancestors.

Our families occupied reservations and “Indian Towns” during the colonial era.  As early as 1704, our people lived on the Broad Creek, Chicone and Indian River reservations on the Delmarva, with some of our families also coalescing in  an area that would be called “Cheswold” near Dover, Delaware.  The Brotherton Reservation was established in New Jersey in 1758, but few of colony’s tribal people chose to take up permanent residence there, many continued to live in small tribal communities that were in the midst of non-Native colonial towns like those in and around Bridgeton; by the time the Brotherton Reservation was disbanded in 1802, there were only seventy Indians still living there.

By the early 1800’s, our tribal families made up reclusive tribal communities in southern New Jersey and central and southern Delaware.  Generations of intermarriage resulted in a blend of Lenape and Nanticoke bloodlines in each of the communities.